It’s been (almost) 5 years and Nika still lives in Iceland, drinks a lot of coffee and, most importantly, writes. She has tried multiple jobs yet finds herself most excited in front of a computer with a mind full of thoughts and a pumping heart. Even though some of her plans didn’t work out she has no regrets. Nika started her Reykjavík’s journey as a travel writer/designer, she had never thought her passion could possibly become a real job. She used her talent to plan and organise, she brought Iceland to others, made their travel dreams come true. Then she tried her longtime wished kindergarten job just to understand it was never truly for her. Now she works in a gallery. Surrounded by art, she feels the urge to create even more than ever. She already knows her future career must be in writing, nothing else makes sense. Unless she opens her own company, as she always wanted, and spends her days fully-creating.

Nika has her ups and downs. Nika’s days can be full of joy, optimism and laughter but she also easily becomes emotional and moody. Her worst personal trait is that she is extremely difficult on others and especially on herself. Her perfectionism and fear of failure make her anxious. She often feels disappointed for not had been able to learn fluent Icelandic despite her lifelong affair with languages. However giving up is not in her nature so she just tries harder. Nika knows her strengths very well, after all, she has been through a lot in past years. She is extremely grateful to have a kind and loving person by her side. Her soulmate. Nika sometimes misses her friends who are all around the world, but she knows it’s the price she needs to pay for having lived in different countries.

Nika loves to work hard, work out even harder, spend a cosy time home, chill in coffeehouses, travel, admire architecture, live a life at its fullest. 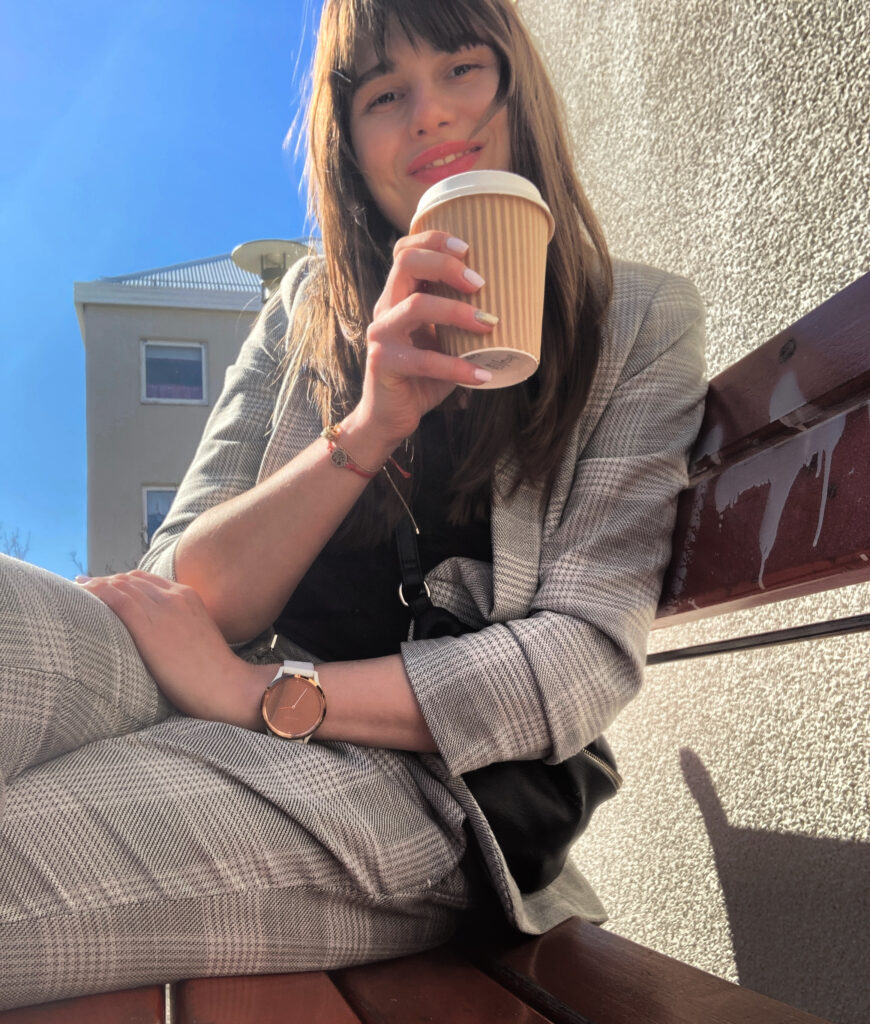 Nika loves nordic countries, liquorice latte and The Smiths. Her particular passion in linguistics explains her nonstop ability to talk about languages and foreign cultures, as well as her crush on Noam Chomsky. So far she has lived in five different countries and you can talk to her in multiple languages. Nika thinks that 500 Days of Summer is the best (non) romantic movie and could watch it over and over until her eyes get too tired and her heart completely broken. When Nika was younger, she used to be a scout. Today, she just wanders the streets, hikes the mountains and enjoys summer evenings next to the campfire with the closest friends. Nika likes entertaining children and hopes that one day she will have her own kindergarten. She won’t teach children; she will teach parents how to take life less seriously. Nika admires women who inspire her and men who understand architecture.

Nika doesn’t like waking up early in mornings. She doesn’t understand such a thing as being a morning person. She hates doing things she’s not good at. Before she came to Iceland she thought she couldn’t drive a car; now she drives everyday. She knows that everything in life is temporary and it often scares her. Nika doesn’t like those days when she feels unproductive and sometimes she wishes she was more creative. Her biggest fear is that she never meets a person who will completely understand her soul.

When people want to make her happy they brush her hair, feed her mint chocolate and call her Nikuška. 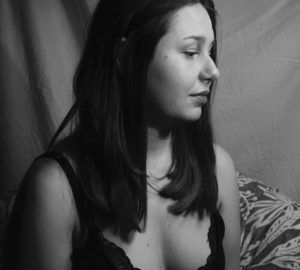